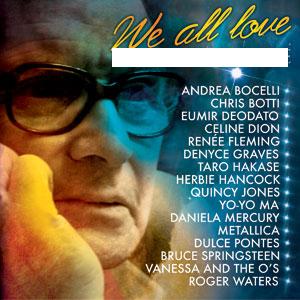 1.A still from The Good, the bad & the ugly.
2.A tribute album to Ennio Moricone.

Connect being the famous and distinctive music produced for the film by the Italian composer Ennio Morricone. 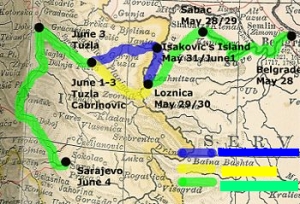 Routes that the men took

Routes that the weapons took

Matches 52
Runs scored A
Batting average B
100s/50s C/13
Top score D
Balls bowled 160
Wickets 2
Bowling average 36.00
5 wickets in an innings 0
10 wickets in match 0
Best bowling 1/8
Catches/stumpings 32/–
Whose stats?
Also, find the values of variables A, B, C, and D.
Collado Mediano is a town located in the Guadarrama mountains, 48 km north-west from
Madrid. Which well -known top-ranked sportsperson , who has been conferred the Jameo do Oro . one of Spain’s highest civilian awards given to a foreigner, resides here?

The KQA is conducting 9 quizzes as part of its Silver Jubilee Quiz Fest (ASKQANCE) over two days,28th and 29th of this month.

ID and connect, giving reasons. The answer is a Person.

The black motorcycle is a bonus and a giveaway in conjecture with the rest, if you have read the Person’s books.

Clue: The Person is a very famous journalist, committed suicide in 2005 by shooting self.

Hunter S Thompson, gonzo journalist and Rebel Hero extraordinaire.
The pictures are:
1. Bob Dylan (good friend).
2. Hunter at a younger age.
3. Hunter with a Ducati 900S which he’d been sent to test. His love for fast, deadly machines is evident in his writing.
4. “What if I told you I have a Vincent Black Shadow?” This is the Vincent Black Shadow, famously mentioned in Fear and Loathing in Las Vegas.
5. Jack Nicholson (good friend).
6. Johnny Depp (good friend).
7. Logo of the Universal Life Church, from which the Doctor got his doctorate in divinity. Even I have a degree from them. I’m an ordained Minister of the ULC, so that’s Brother Anirudh Ramachandran to y’all!

simple.Id the product being advertised. 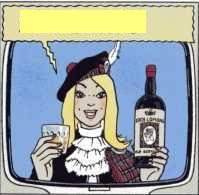 The first pic is from Tintin and The Picaros.
The second pic shows a fish commonly known as the Haddock.The clue obviously is that Captain Haddocks favourite drink is Loch Lomond. Put Funda:How did this simple wooden structure in Europe become part of the cause for something that would change the world forever?? This is a radio station on the German-Polish border at Gleiwitz.Nazi Germany needed reason to start the war against Poland.A few SS soldiers dressed up as Polish irregulars “attacked” the radio station and announced messages of hatred towards Germany in Polish.This among other such incidents “provoked” Germany to initiate a blitzkreig against Poland and annex it.Thus began the WW II.

1. L, a bi-monthly, has the following sections:

All these share the name of a series of games for Windows, Xbox, Mac OS/X and Xbox 360. ID.

3. ID the game released by capcom:

Gamers play as the female protagonist Alice. Based on the game series, a movie trilogy was made (written by Paul W.S Anderson and produced by Sony), the heroine played by Milla Jovovich.

4. The original W is a robot forced to work at a B factory. He is the best B maker there. W starts growing bored of making Bs in a factory day in and day out. He hears a rumor that any W that makes it from the underground factory gets a wish. W, desperate to escape his job, sets out on a journey to the surface and to turn W’s into human W’s, using his wish. The only thing standing in his way is the factory security guards who will do anything to keep the factory working. He must go through level after level, finding the hidden door to the next while avoiding / destroying the security guards. All of us must have played this game (which is also named W) at least once, or seen it played. Which game?

5. P is depicted as a short, pudgy, Italian plumber who lives in the M Kingdom, where he is regarded as a hero; he is best known for constantly thwarting the plans of the evil King Bowser to kidnap Princess Peach and subjugate the M Kingdom. He is well known for his plucky personality, enthusiasm and spirit in the face of enemies, unexpected physical agility, cooperation with his brother, Q, and his close relationship with Princess Peach whom he has repeatedly saved. He has an evil doppelgänger by the name of R (If P is Anirudh, then R is Onirudh, ie. only the first letter differs in the two names). Another cult classic game. ID the game and also ID P and Q.

Brazil this week imposed a ban on popular role-playing computer games “X” and “EverQuest,” claiming they incited violence and were “harmful to consumers’ health.” The federal prohibition on the sale of the games was being applied across the country, the official consumer protection agency in the central state of Goias said on its website Thursday. Both games allow players, typically teenage boys, to connect online to fantasy worlds where they interact with other players, form groups and carry out joint missions usually involving combat.

(Descriptive line of “X” in original article, deleted by the quizmaster)

An adapted version in Brazil permitted players to take on the perspective of either a police officer or a narcotrafficker in Rio de Janeiro’s infamously crime-ridden slums.

“EverQuest” is a swords-and-spells game in the mold of “Lord of the Rings” in which human or elvish or other imaginary characters go on joint adventures to gain treasure and increase their avatar’s abilities. Both began in 1999 and have since developed huge worldwide followings. Some psychologists have described them as addictive as drugs. A few players have turned professional, earning money from powerful characters they sell, or from the auction of hard-to-win virtual items. The ban was ordered in October 2007 by a Brazilian federal court, but was not immediately implemented. The judge, Carlos Alberto Simoes, ruled that the games encouraged “the subversion of public order, were an attack against the democratic state and the law and against public security.”

1.This famous cricket personality developed his strange style due to his rheumatoid arthritis. These antics have attracted him both fans and critics alike. Fellow New Zealander Martin Crowe has referred to him as Bozo the Clown. He recently enrolled the services of Delhi-based celebrity management agency, Creatigies Communications. He was a feature of the recently concluded IPL. ID the person in question

2.X is an American film actor, director, voice-over artist, writer and film producer He is also one of only three actors in the history of film to have seven consecutive US$100 million blockbusters. He made his film debut in the low-budget slasher film, He Knows You’re Alone. X executive produced, co-wrote and co-directed the HBO docudrama From the Earth to the Moon. A fan of NASA‘s manned space program, X said that he originally wanted to be an astronaut but “didn’t have the math.”. In August 2005, X was voted in as vice president of the Academy of Motion Picture Arts and Sciences.He was in the news recently for his endorsement of Barrack Obama for the Presidential Elections. ID X.

3.Comrade Z is currently the leader of the Union of Social-Democrats, a political party founded after the official dissolution of the Social Democratic Party of Russia. In 1987 he rehabilitated many opponents of Stalin, another part of the De-Stalinization, which began 1956, when Lenin’s Testament was published as a booklet there. In 1990, Z was awarded the Nobel Peace Prize for “his leading role in the peace process which today characterises important parts of the international community”.Famous the world over for his philosophy of perestroika and glasnost.ID Z

4.The son of a politician, he is from the town of Ludhiana in Punjab. He started his first business in 1976 at the age of 18, to make crankshafts for local bicycle manufacturers. In 1982 he became the exclusive dealer for Suzuki Motors‘s portable electric-power generators imported from Japan. The importing of telecom equipment were banned by the Indian Government as ITI (Indian Telecom Industry ) monopoly practices & sole OEM for Department of Telecommunication. He established the first company to manufacture push button telephones in India.His numerous awards include the Padma Bhushan in 2007,Asia Businessman of the Year, Fortune Magazine 2006.He made headlines a year back with his retails joint venture which is yet to be launched in India.

He was not so successful this year in a similar partnership bid. Who are we talking of?

5.Y was a Dutch physical and organic chemist and the winner of the inaugural Nobel Prize in chemistry. In 1874 he accounted for the phenomenon of optical activity by assuming that the chemical bonds between carbon atoms and their neighbors were directed towards the corners of a regular tetrahedron. This three-dimensional structure perfectly accounted for the isomers found in nature (stereochemistry). Y helped to found the discipline of physical chemistry as we know it today.ID Y 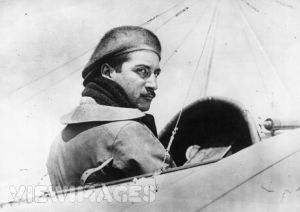 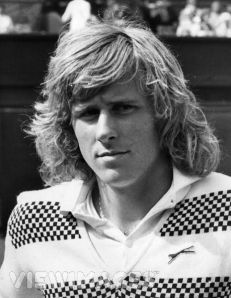 3. ID the drafted soldier(the one carrying the sack).. 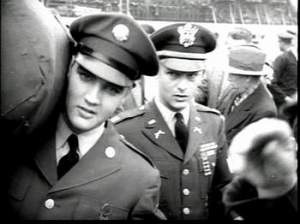 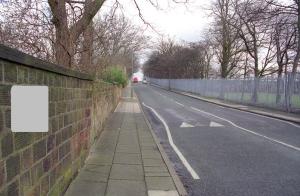 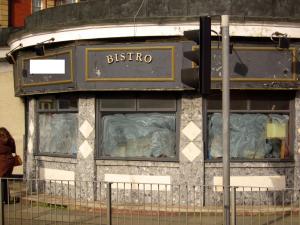 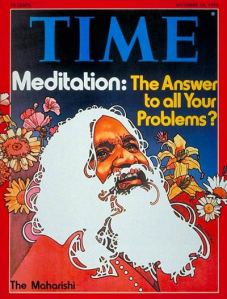 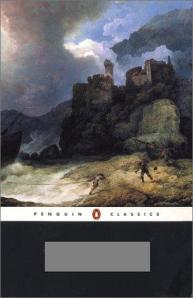 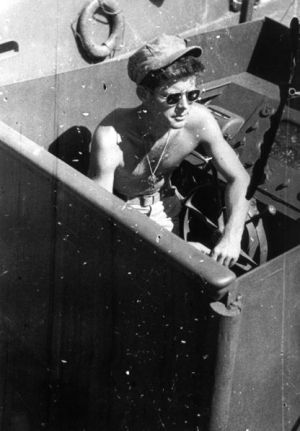 Cracked mostly by Atul and Panda.

1.The first pic shows Roland Garros,the famous french pilot after whom the th French open is named and the second pic is of Bjorn Borg,possibly the most successful player at the french open.the connect is Roland Garros French open.

2.It is a depiction in The Bayeaux Tapestry of a Halley’s comet sighting in 1066 during the Battle Of Hastings.

The NITK Quiz Blog
Create a free website or blog at WordPress.com.