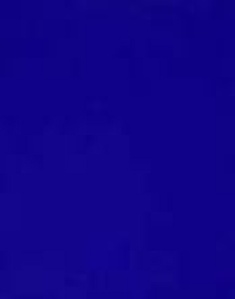 What is this color/work of art?

Journalists have used this (false)claim to imply that cultural group X has reason to spend a great deal of time thinking about the specific idea Z. This served as the first example and the idea behind the name of the trope or a type of phrasal template in which certain words may be replaced with another to produce new variations with altered meanings, similar to the “fill-in-the-blank” game of Mad Libs.

X is the new Y

The only good X is a dead X

I, for one, welcome our new X Overlords

One Does Not Simply Walk into X

Keep X and Y On

In Soviet Russia, X Ys You

What was the claim and the trope?

A bag’s worth of helium balloons are casually released by an anonymous civilian into the sky and are registered as missiles by a faulty East German Early Warning System; mistaken for an attack by NATO,resulting in panic and eventually nuclear war.

What is this the plot of?

X is an Irish ballad in which a hod-carrier born “with a love for the liquor”, falls from a ladder, breaks his skull, and is presumed dead. The mourners at his wake become rowdy, and spill whiskey over his corpse, which brings him back to life. Whiskey (from uisce beatha, meaning “water of life”) thus causes both his death and resurrection.

It is famous for providing the basis of Y’s famous final work, in which this comic resurrection is employed as a symbol of the universal cycle of life.

What are X and Y?

The Economist describes A as follows: “involves commodity exports driving up the value of the currency, making other parts of the economy less competitive, leading to a current-account deficit and even greater dependence on commodities”. What is A?

B is a door divided horizontally in a way that the bottom half may remain shut while the top half opens. The initial purpose of this door was to keep animals out of farmhouses, or keep children inside, while allowing light and air to filter through the open top. What is B?

In 1650 Franciscus Sylvius, created C, a gin, in an attempt to create a diuretic medicine. This was then used in the Thirty Years’ War by English troops and was an instant success for its believed warming properties on the body in cold weather and its calming effects before battle.
What phrase was thus originated or what is C?

D is a practical joke where someone lying in bed with another person pulls the covers over the person’s head while flatulating, thereby creating an unpleasant situation in an enclosed space. What is D?