Note: I’ll not be moderating questions for a few days. A few questions have been automatically scheduled. Have a crack at them. Accolades will be doled out in generous proportions, when I’m back.

Id the gentleman, and spin a general philosophy connect.

END_OF_DOCUMENT_TOKEN_TO_BE_REPLACED

Shown is the bust of an extremely popular whiz of the 19th century who became a semi-crackpot in later years. 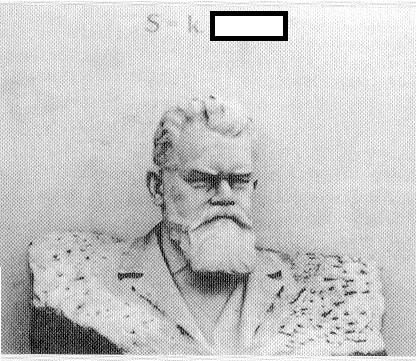 One of his contributions to philosophy ( to the origin of species to be precise), was a statistical concept, fondly called X.

X , was the subject of this dilbert piece.

——————–
Cracked by Hasan, and Chandrakant.
The rest were misled by the beard.

Portions of this question have been accidentally contributed by Rajiv, a batchmate, and alumnus. So, a pseudo-guest question of sorts.
The thankyous…

A notable man of science, shown in pic 1, is quite famous for creating a simple means of representation of characteristics ( or should I say traits), particular to his profession. It is therefore named after him.

Mr.pic 1 and Mr.pic 2 were quite the chums, playing cricket together etcetera.

Mr.pic 2 was a major stud in his field, known for making level-statements about mathematics, logic, and philosophy in general. We, however, know him for a different reason, which I shall not dwell into further.

Mr.pic1 posed a problem in his field to Mr.pic 2, which had a current solution proposed by the chap in pic3, a celebrity in the field of statistics.

This solution wasn’t very acceptable to Mr.pic1, since it didn’t agree with his school of thought.

Mr.pic2, sent a letter to a reputed journal in the field of Mr.pic1, correcting the mathematical errors committed by Mr.pic3 while attempting this very ‘ simple ‘ problem ( his own words).

So overall, a very interdisciplinary question.
Identify Mr.pic1, the computational technique devised by him, Mr.pic2, and Mr. pic3.
———————-
Cracked completely by Royan, and Capt. P J Vogon
Partially by Debasish and Goutham D L ( dude, ur comments get classified as spam for some reason )
Answer:
END_OF_DOCUMENT_TOKEN_TO_BE_REPLACED